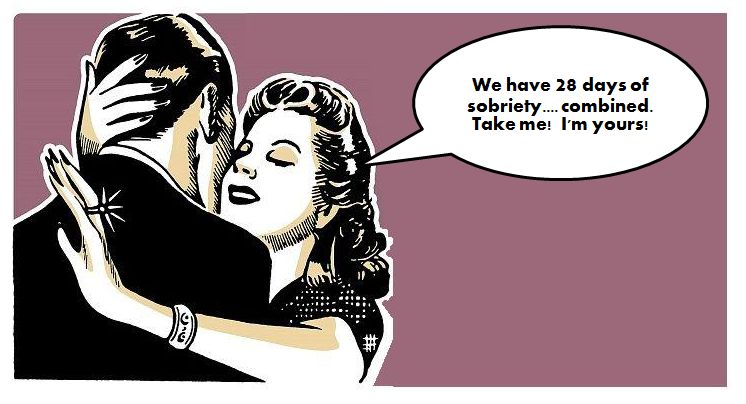 No CEU’s The following article references the 13th step from a woman’s point of view. I suggest men and especially women as well read this article about how some men in AA/NA and possibly all support groups have objectified women. Not to say that women don’t do the same but it isn’t as often and men tend to view casual sex differently than women.
The article mentions “SMART Recovery” (www.smartrecovery.org) which is a great organization and gets good results, however the article did not mention Jean Kirkpatrick’s organization; “Women for Sobriety” (www.womenforsobriethy.org) which was started as a safe haven for women entering recovery as she and its early members were tired of having to ward off “some men in AA/NA” who had sex on their minds vs. recovery.
The article as follows: (please read)
https://www.theguardian.com/society/2015/sep/22/alcoholics-anonymous-aa-women-dating-addition-rehab
My hope here is to draw the focus away from any particular program (12-step, Christian, or Cognitive Behavioral based free support group), and put it on the personalities in these groups. I have interacted with many such programs since 1973 and none promote sexually abusing women or men.
It does happen in these programs because of the vast differences in the personalities involved in these programs. Whether it be a locked hospital-based program or a self-managed outpatient support group some participants are still unconsciously or consciously stuck in the objectification of others for their own needs. Of course, this idea must be smashed or long-term recovery is in jeopardy.
When I first entered recovery from alcohol and drug addiction in 1972-73 I had no concept of respect for myself or others. I did not purposefully try to hurt women BUT did not have any consciousness about how my sexual advances and behavior was experienced by them either. I just pushed till I got it or moved on.
This was during the early days of the Sexual Revolution and I had not been very sexually active during my using years because it interfered with using drugs/alcohol. New in recovery and a socially open attitude being promoted, I was in early recovery heaven.
I had a nickname of “The Hospital Hustler” and made predator statements like “You have to get them within the first 90 days before they start they start listening to their sponsors, start working the program and the free mindless sex is over.” This selfish, limiting thinking was consistent with my early, less than a conscious relationship with me and others.
Within my first year, I began to see women and myself as beings with fragile feelings, using sex as a bargaining tool, or attaching my worth and value to it. My first women friend (Kathy) taught me that women are people, have feelings, are vulnerable, some have been sexually hurt by incest, sexual abuse, their past sexual acting out behavior, rape and that sex in recovery has to be based on something other than “I’m Horney, where can I get some,” if any of us are ever going to find any long-term sobriety, mental health peace or happiness.
This short YouTube video offers a unique perspective on sex-role reversal. On what seems to be just another ordinary day, a man is exposed to sexism and sexual violence in a society ruled by women… (10 minutes)
https://youtu.be/V4UWxlVvT1A?list=PLS2r0O2mLqUYV4YqHiUN8_-xjtzulOuIz
Michael Yeager B.A, LCDC, C.Ht, CAS, LMT
Therapist, and in recovery since 12/13/73
The Council on Holistic Healing and Recovery www.holisticouncil.org
CEUs courses Contemporary Teaching www.ceuprocourses.com
77 approved home study courses for LCDC, LMFT, LPC, Social worker, Massage Therapist, nurses, Physicians, P.hD’s, Ministers, etc.
Please Help Spread The Word